Dogs: a romance novel’s best friend. They’re supportive. They are loving. They help us through the rough times. We love when they play such memorable supporting characters in our reads, and today we’re recommending a few Forever pup-tastic titles. 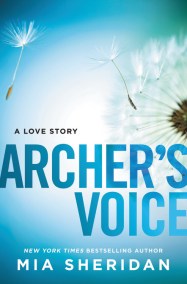 Team Forever says: "I love Phoebe from Archer’s Voice. A dog brings love to any story, but Phoebe is such a loyal companion (and expert matchmaker) which makes her one of my favorites." - Cristina

About the book: Bree flees her hometown to escape her past, and lands in sleepy, lakeside town of Pelion, Maine. Her life changes when she meets Archer Hale, the most mysterious man in Pelion. Archer is an isolated man who holds a secret agony of his own. Can they two learn to move beyond their past together? 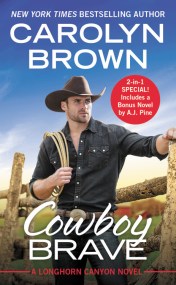 Team Forever says: "We can't forget Beau, the blue tick hound from Longhorn Ranch. The miniature donkey and rabbit might be attention-stealers when it comes to cuteness, but it’s the ever faithful Beau who listens to all those tough cowboys pour our their hearts. He’s also incredibly huggable and great with small kids." - Leah

About the book: Born and raised on a farm, Emily Baker worked hard to distance herself from that life. But when the seniors at the nursing home where she works beg for a ranch retreat, she caves and heads up to the Longhorn Canyon spread. With one glance at Justin Maguire, the sexy cowboy who opens the door, she’s suddenly thinking a week with him might not be so bad after all.

Not the Duke's Darling

Team Forever says: "Elizabeth Hoyt always includes dogs in her novels (she has 3 that serve as inspiration while she’s writing them) making it hard to choose just one! so I’ll go with Tess from her most recent novel. The hero, the Duke of Harlowe, rescued Tess while soldiering in a terrible war overseas. She went home with him to England and remained his constant companion—waking him from nightmares and offering support to help overcome the lasting trauma of war—and helping to bring him together with the fiery Freya de Moray." - Jodi

About the book: Freya de Moray is many things: a member of the secret order of Wise Women, the daughter of disgraced nobility, and a chaperone living under an assumed name. What she is not is forgiving. So when the Duke of Harlowe, the man who destroyed her brother and led to the downfall of her family, appears at the country house party she’s attending, she does what any Wise Woman would do: she starts planning her revenge. 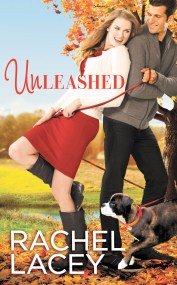 Team Forever says: "Meet three friends—nanny Cara, pediatric nurse Merry, and waitress Olivia— as they introduce their adorable canine companions who bring Love to the Rescue in this sweet contemporary series. There’s a stray dog that’s about to annoy Cara’s hunky, new neighbor, a therapy dog who assists Merry with children at camp, and a police dog who serves and protects…and endears himself to Olivia. Because no house is a home without a dog!" - Alex

About the book: Foster dogs! A sexy neighbor! Private investigator! 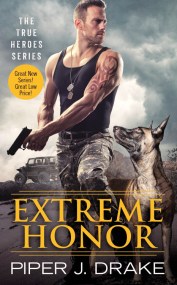 Team Forever says: "Piper's True Heroes series is our ultimate inspiration for this post! The first book in the series focuses on Atlas, a Belgian Malinois who's handler recently died in combat. Helping Atlas work through the grief is our hero's most difficult assignment yet."

About the book: A former soldier. A dog whisperer. Unexpected danger.